Words Between Void and Universe

Words used to flow to me with ease. Staying up late with a pen and blank page, dictionary and thesaurus at hand to pluck the perfect words to string into a garland of images, stories, and poems of experience, was something that once felt as straightforward as walking within a world that fit wrapped in its own defining language. Now, experiences which cannot be defined expand vastly before my eyes, remaining secret as escaping word.

I went to school to learn the rules and uses of the language I loved. Then when something happened that needed most to be spoken, words failed me. There were none to define where I had gone. No name I knew for that place outside of time, for how time stopped swirling and the world stopped turning when held separate from space, the same way my mind and body evicted Soul in the wake of that hospital stay that destroyed everything. After that I hung in this unmoving space, a speck of dust in a floating grey stasis, my voice too small to reach the ears of the nearest and rare passersby from the distance of this crack I had slipped through in the fabric of existence.

I could only listen, but first I had to be out of my mind to surrender to the silence, the stillness so far outside the daily grind, to find the medicines in the cracks of time and space and to hear, finally, the Voice of the Void. And so I was, for a long time. Out of my mind. Until I stopped struggling, stopped trying to claw my way back to who and where I had once been and surrendered to the emptiness. The destruction was only of a dimensional space that could no longer hold me and perhaps never had, my crazy only in trying to return there.

As I allowed myself to stay and float, no more fighting like trying to scream or punch in a dream, Fox found me in suspension. My joyful Heyokah medicine guide, my dear friend, my laughing totem. Fox showed me how to laugh loud into the Void, the pure sound breaking the thick unmoving space that held me, like crumbling so many dusty old bones. And the felicitous creature lead me then, stumbling through the parched darkness, to an opening in the stale shadow fabric, a pathway just beyond a foggy veil.

Here my heart sparked with something I think I’d never felt before yet somehow Remembered, like a sensation of tiny wings beating, so different from the motionless bonecage I’d been adrift in. I could hear a voice now, speaking a prayer in a beautiful language my mind could not decipher but to which the flutter in my heart responded, strengthening. I would soon learn to call this language Quechua. 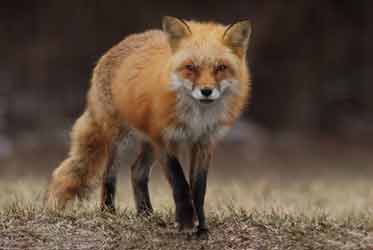 As I slipped through the veil onto this pathway the voice overcame me, washing through my dusty soul and watering my open bones. My step quickened, excited by this new passageway saturated with sensation and leading out of the Death I’d been living. Lead by a playful fox and lighted by a nearby prayer, I moved on, the voice a beacon as it became a song, calling me out farther beyond the veil, beyond the dusky grey daybreak where a humming came near my ear, harmonizing with the song, my step, and the now audible beat of my heart. A tiny colorful bird, its iridescent feathers the first color I’d seen in longer than I could remember, hummed to me visions of life and lands beyond the Void. I burst into tears that scattered like starlit drops of exhaustion as much as relief, at having found the way out but with barely the breath to walk it.

Here a majestic cat with a face like mine stepped into the path like grace and glory, and when I collapsed into her she half-dragged and half-carried me between her powerful jaws into the light and warmth of a sun I had forgotten. And so was my birth from Void into Universe, attended by animal midwives and assisted by the medicine man I would call my teacher. I was delivered in a crash of thunder that shattered the silence like a laugh, and I knew the sound like my name.

I sit here now in front of blank page, asked to bring worlds into being with words, but still at a loss for how to define where I have been and what has become of me. Yet as the songs and prayers of my teacher have spoken to my heart without defining a single thing, I know the power of my voice to describe.

Where I have been, like Death, then a dry floating dust mote, and then like a dark womb of water. And what has become of me? I AM. From the womb of water I crawled up through the mud, feeling its richness like a new skin. I recognize myself in Pachamama, Earth Mother. In Mama Killa, Mother Moon and the sacred waters. In Wiracocha, the air and wind and thunder. In Inti, the sun and sacred fires. And in K’uychi, sacred rainbow and cosmic prism. I call them by name, each another way to know myself and where I come from, and together a map of the spiral path I traveled to arrive here, sitting in front of my Pachakuti Mesa, my sacred altar ground, the crack in the universe, surrounded by allies and chanting Willka WIllka Willka Wiracochan Nunay… Knowing it all to be true, without dictionary or definition, and allowing it to flow through the hollows of my bones, to scrawl itself across this page as the story of the Void and the Universe, and knowing them to be one and the same. 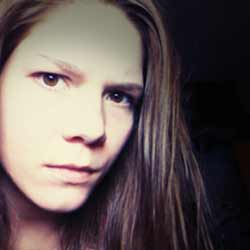 Carolyn is an artist, soul alchemist, dream walker, Earth lover, seer, shapeshifter, space holder, teacher and healer. She works creatively and eclectically to reveal wholeness through exemplifying beauty and connection in all things.

You can find her artwork and jewelry for honoring your animal totems and spirit guides at www.etsy.com/shop/TheWildPsyche and www.facebook.com/TheWildPsyche. Witness her journey at www.instagram.com/wi_psi/