My fire’s out, doused by the rain pecking at the tarp shell I’m hoping will keep me dry. Growing puddles of rainwater upon it are ready to spill. I keep my movements to a minimum. My fingers probe the exterior of my sleeping bag. Its surface is wet. A soaked bag would mean all bets for warmth and comfort, are off. If the rain keeps up, I’d need to rely on wet wool and a backup space blanket to wait out the night. I do my best to ensure the tarp covers me head to toe. 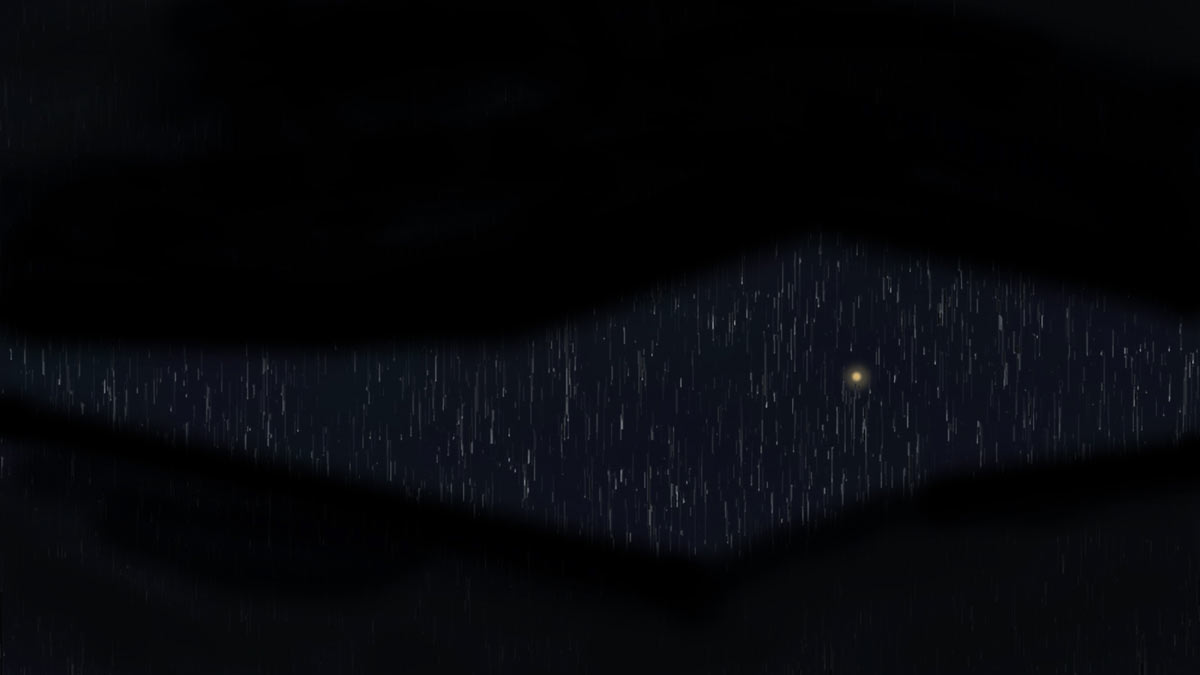 It’s said that life is about making choices. Right now I’ve got two. I alternate between staring at nothing in the fold of the tarp, my exhalations dull against it, or, to relieve my discomfort, I turn to my other side and get a little fresh air as I peer into the void outside of my shell. The dim glow of battery-powered tea lights suggest that there’s an outside world. I’m the imaginal being at the heart of a cocoon, nestled in the warmth of my down sleeping bag. I’m wide awake with nothing to do but ‘be’. I’ve got time, plenty of it, to reflect on my life’s other choices.

I’ve chosen to be here, in this extended moment, isolated and alone, my whereabouts known only by me. But for what? I don’t ask why. For me, a core tenet of the paqo wachu, as in life itself, is about surrendering to uncertainty, letting go of doubt. It’s a one-sided bargain made with the unknown, a journey that pries apart barriers to trust at whatever level those barriers are revealed, and therefore, relevant to the pilgrim’s success. Any notion of suffering is nothing more than self-pity, which has no place in Nature. Within the universe of my isolation my family and friends exist only because I believe they do. Somewhere. But where? My memories are as persistent as the rain.

I’ve been coming to this forest for close to sixty years. I’ve made an art of solitude, content to mimic birds amidst the swirling breezes with no other voices but those of the natural world. I’ve seen my parents and elder generations come and go, the ones who brought me to this place as a child. I’ve presided in ceremony over their ashes, returned to earth. I’ve breathed in their dust, carried on the wind of a summer afternoon. I, too, might as well be dead in this moment, the call to join them in spirit is so alluring. I close my eyes.

I rise through the brittle shell of my chrysalis. I see my tarp covered body below, beneath the forest canopy. I follow Siwar Q’enti as I ascend through the treetops, higher, to the mountain tops, and on to the clouds. My physical being, the paqo in the forest, is diminished to nothing, by comparison smaller than the finest grains of sand my body lays upon. I am, in point, irrelevant, a lone man isolated within the wild heart of the largest intact temperate forest on the planet. I ascend further to the Upper Realms of Being, a consciousness of Soul. My sense of Self is manifest in the resonance of dualities that govern the man incarnate below. I’m an embodied man, yes, divine, in the truth of the sacred masculine. I’m also of the sacred feminine, a daughter of Divine Grace. Together, in the dance of reciprocity, I am the whole of this dynamic, this creation of Creation. As such, I’m empowered as a creator of art, music and words. Like the convergence of my two eyes and two ears into one mouth, this union begets the reality that I voice. I am a lover of laughter and life. 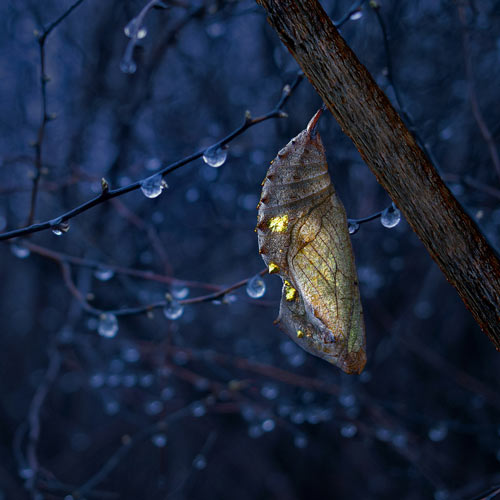 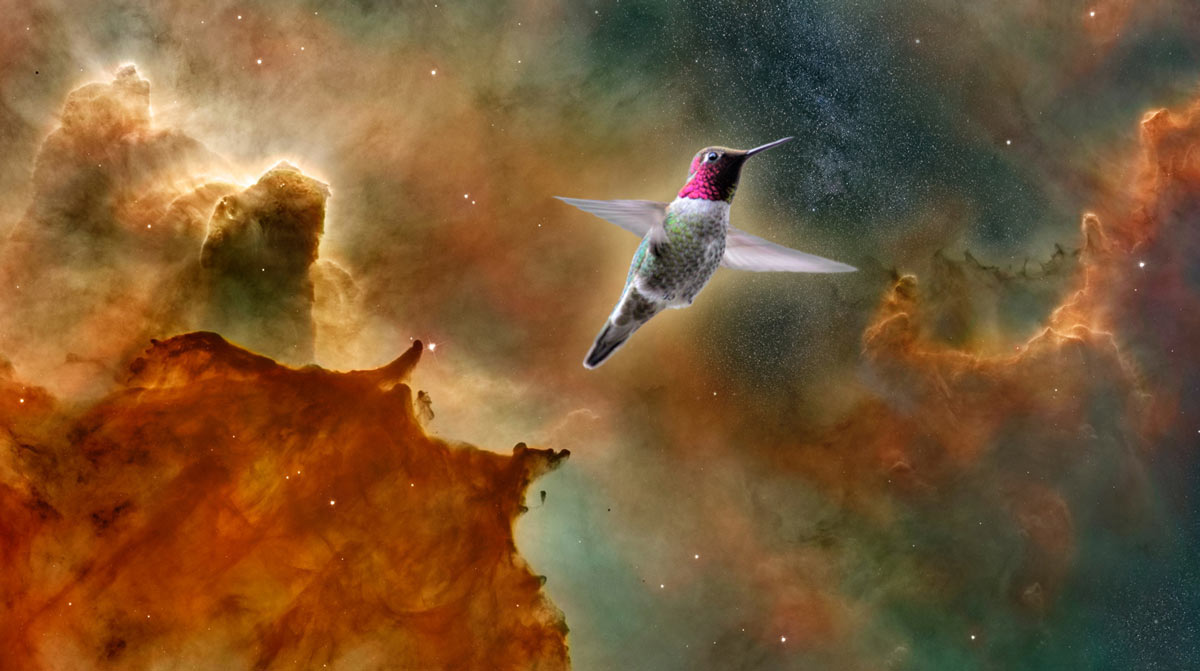 I see that by day and by night shines the eternal light that is Heaven on Earth. But my swim in the star shine of the Milky Way ends when I’m jolted from Spirit back to the matter at hand as the cold, wet breach of my saturated sleeping bag presses against my back. If the trend keeps up, I’ll have to abandon my shelter to dig out the life-protecting space blanket. I’ll be wet, but I’ll live. Breaks in the downpour give me hope that I’ll stay dry until dawn. During intervals of just canopy drip I lay flat on my back. Breathing fresh air feels good. Yet the night goes on forever, toying with my sense of time. There’s not a hint of dawn, all is dark and still. The brook drowns out all other sound. I’m consumed by the sensory deprivation of a wilderness night.

It’s got to be the wee hours by decree of how long I’ve been laying here. Or am I deceiving myself and it’s only midnight? It doesn’t matter. I’m not going anywhere until sufficient light inspires me enough to leave my cocoon, when it’s safe to travel. I peel back the tarp for an update. Seems the rain has let up. The tarp bends and crinkles as I push it aside. “Hallelujah!” I say softly, the only word I’ve spoken since nightfall. 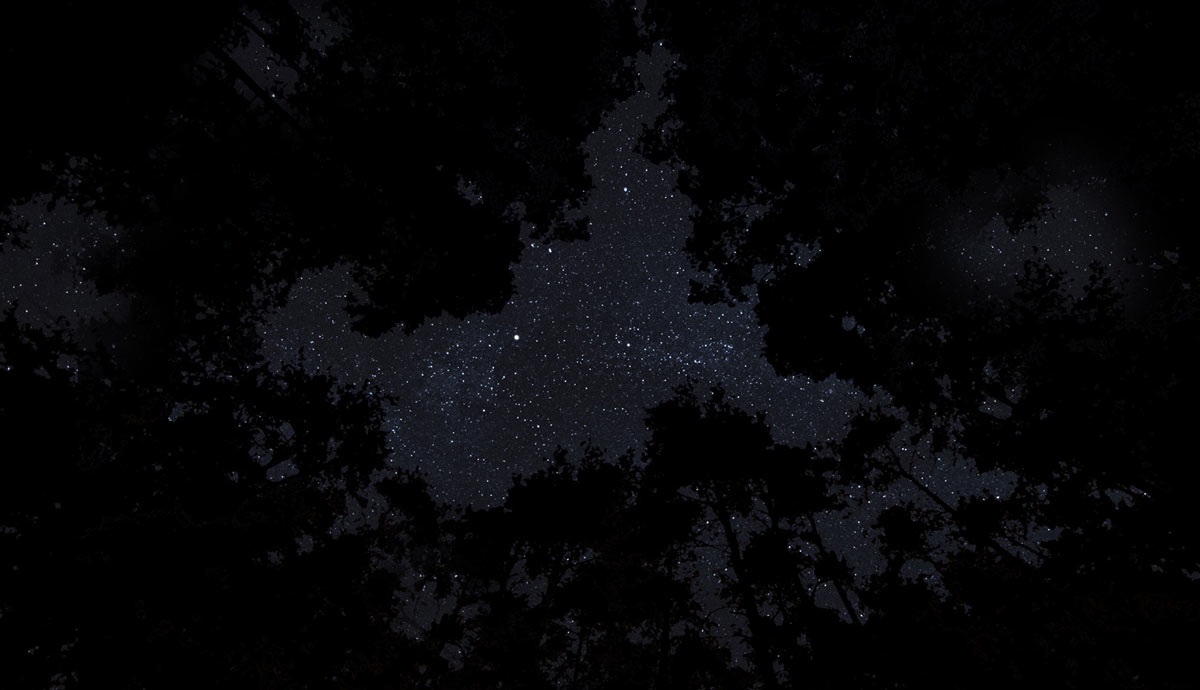 Lo and behold, I see stars! Through every break in the canopy! The sky is absolutely clear! The rain is over. I reset my bedding and look to the sky; the Star Relative poncho is my pillow. A prominent star shines brightest through the clearing overhead. It’s got a familiarity that I can’t place to a constellation, although I believe I see Delphinus to the right of it. There’s such a welcome light. I take it all in and the fact that for the rest of the night I’m in the clear, figuratively and literally. A satellite crosses the sky below the star, traveling east to west. It’s notably bright as well. My words of loving gratitude, spoken often during the night, my prayers, have been answered. I turn to my side and easily fall asleep.
Photo Collages Pieter Lefferts
Read More 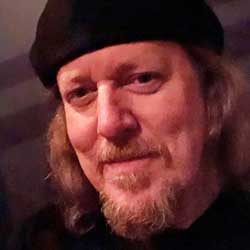 Painter. Writer. Musician. Teacher. Healer. Artist. Pieter is on a path to fulfill his soul’s puppeteering of his Earth walk. His mission is to enhance the beauty of this world through his creative endeavors. He’s been an initiate of the Pachakuti Mesa Tradition since 2014, having completed many advanced trainings. He has received numerous awards for his art and work as an educator.