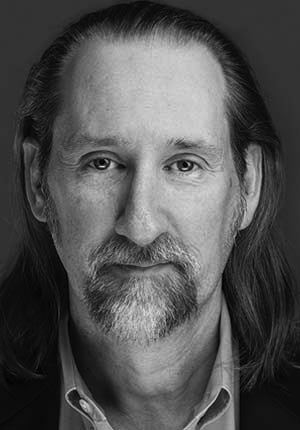 As a PMT sanctioned teacher, David assists others to experience the power and beauty of the Pachakuti Mesa. From his own journey, he recognizes the hunger so many feel for a spiritual practice that is both transformational and practical. Having headed the Call to Heal, David has pursued apprenticeships in the Pachakuti Mesa Tradition™ along with graduate training in counseling psychology, theology, and mind-body therapy. He currently works full-time as the Director of a community mental health center near Atlanta and part-time as the owner and operator of Burning Bear Healing Arts, LLC, where he is in private practice offering psychotherapy, clinical supervision, spiritual guidance, and facilitation of shamanic ceremony. David is a licensed professional counselor, certified clinical supervisor, and certified clinical trauma professional with an additional certificate in neuroscience. David resides in Georgia.
Read More

As a sanctioned teacher, David is passionate about sharing the power and beauty of the Pachakuti Mesa. With the excitement and intensity of one who has experienced shamanic healing firsthand, his goal is to help wholeness manifest wherever it is lacking. In his journey he resonated with others who hungered for a spiritual practice that was both transformational and practical. David knows well the challenge of living as an embodied spirit that yearns to align with the ideals of right action, compassion, spiritual wisdom, and unity. Ultimately accepting the struggles to live heartfully as one among many, he has learned to intentionally honor the intrinsic importance of diversity and interdependence. David wears the mantle of one who seeks to serve as an active agent of peace and reconciliation on the personal and planetary levels. For this reason he has devoted himself to walking a shamanic path, which he seeks to express in his daily efforts to grow corn and potatoes as well as in his opportunities to serve as healer and guide.

David was born in Japan close to the sacred Apu Takeo, but was raised in his family’s home town of Stone Mountain, Georgia. Having been exposed for much of his early formative years to the energies of these two powerful mountains, he found himself drawn to the spiritual qualities of the natural world.

He has engaged native spirituality and shamanism for over 20 years and has experienced first-hand the power of the unseen world to transform life. Being first exposed to Turtle Island pipe and sweat lodge ceremonies in the 90’s, David eventually found strong resonance with Heart Island shamanic traditions in the mid 2000’s. While navigating his own initiatory struggles, he was blessed to find and work with a PMT trained shamanic practitioner who was also a licensed psychotherapist. Over the course of 10 or so years, this relationship and the techniques utilized brought great healing and solace. It was then that he sought out opportunities to formally apprentice.

Following the example of his trusted healer and guide, David undertook his shamanic apprenticeship and completed the 5-Part PMT program under sanctioned teacher Cynthia Greer. In the years since, he has also completed numerous advanced apprenticeship trainings offered by don Oscar Miro-Quesada, by sanctioned PMT teachers on the East and West Coasts, and by the Qollasuyu Council. David now regularly participates in local and regional ceremonial gatherings, and maintains a home-based medicine lodge. He finds practical and meaningful ways to integrate earth-honoring ritual arts into his daily life as he furthers his own transformational healing and shares this medicine with others.

In addition to his shamanic lineage training, David holds a Master of Theological Studies degree in Medieval Spirituality from Emory University and a Master of Arts degree in Counseling Psychology from Prescott College. David is a licensed professional counselor with certifications in clinical supervision and trauma. His professional background includes service as the Director of Counseling for a wilderness-based residential treatment program for adolescents, as an Adjunct Faculty Instructor at North Georgia College, as the Vice President of Operations for a faith-based social service organization, and as a Program Director for a large non-profit home health and case management agency. David currently works full-time as the Director of a community mental health center near Atlanta and part-time as the owner and operator of Burning Bear Healing Arts, LLC, where he is in private practice offering psychotherapy, supervision, spiritual direction, and shamanic ceremonial healing.

David now makes his home in Decatur, Georgia, which is within sight of Apu Stone Moutain. He is married to a gifted and dedicated social worker, and the father of two brilliant teenage children. Truly, he counts as blessings all the many joys, responsibilities, and occasional dramas that go along with such a life.

We all have gifts and abilities that when focused and applied to the wounds of this world, are capable of bringing about tremendous change, progress, and healing. 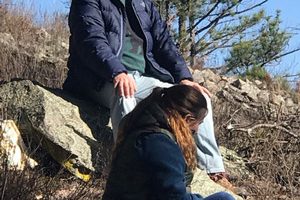 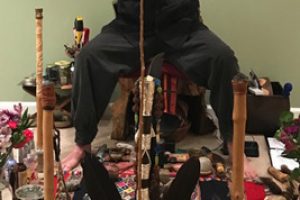 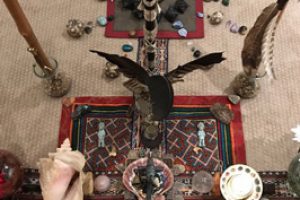 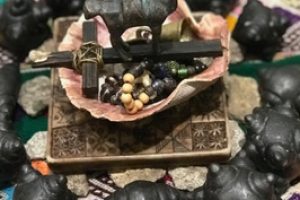 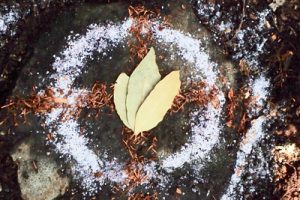 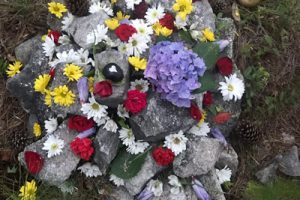 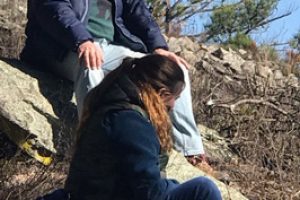 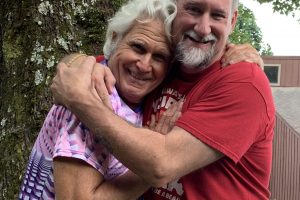 These trainings are done in person. Contact David to set up a PMT course in your area. 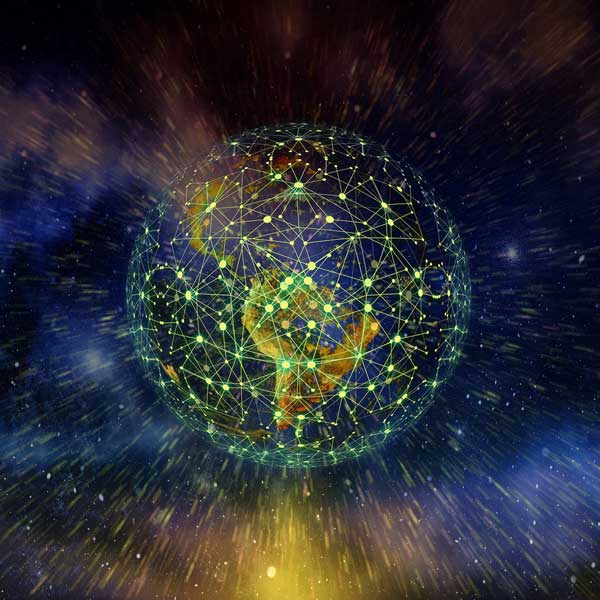 Join us on Zoom and contribute to our global intention for the healing of Pachamama as well as the collective psyche. ...
8:45 pm - 9:30 pm
Online (Zoom)
View Detail
No upcoming events could be found that match your search. Please check again soon!
See All Trainings + Events 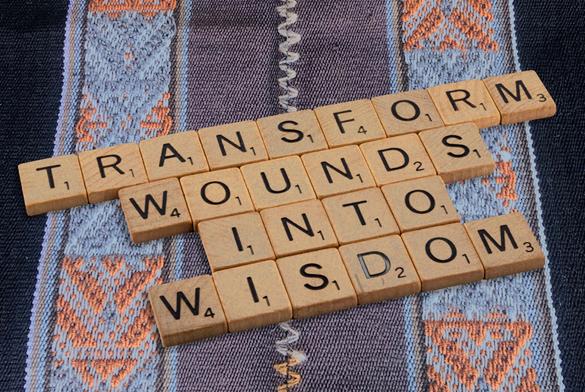 Authenticity: The Alchemy of Living Free of Trauma

“Right action, borne of compassionate, spiritual wisdom, unites.” This is the core axiom of the Pachakuti Mesa Tradition. Distilled down, I see this as a path toward right relationship, not just with all our relations, but with our own selves as well. 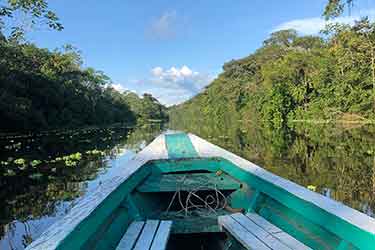 Intention: A Journey Not a Destination – Part 2

It has been nearly a year now since my wife and I embarked on our first expedition to Peru. We sought a little adventure and a lot of healing. The medium for both was ayahuasca… 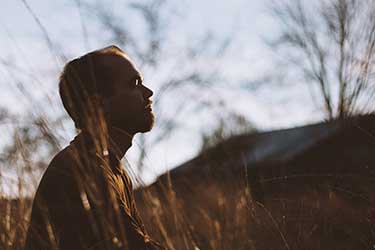 Stay Connected: To Breathe as The Great Mother Breathes 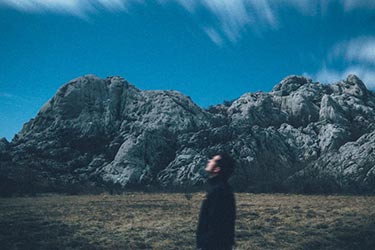 Intention: A Journey, Not a Destination – Part 1

We seek transformation at every level of our being in our connection to the greater cosmos. 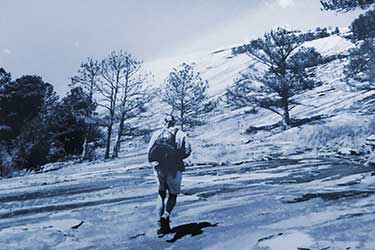 I recently saw an advertisement for a t-shirt that had the slogan “Woke!” on the front. My initial thought was “Woke to what?!?” What is the goal of an awakened heart and mind? What’s so important… 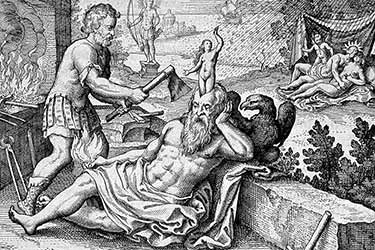 Destination Manifestation: A Dance of Re-Membering

We mere mortals don’t come into this world fully formed and complete. Our entry into the living field is a journey, a process. Consciously or unconsciously, we spend our lives in a movement of manifestation as we progress toward some known or unknown identity, role, or expression of Self. 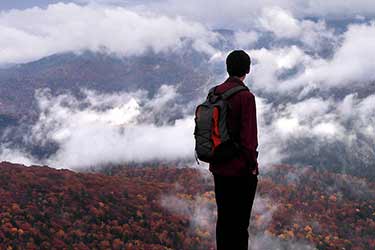 Re-Membering Self: Mesa as Mirror

What is it that you bring? Who do you see in the mirror each morning? 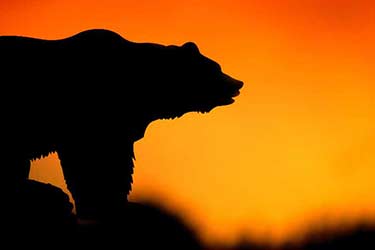 Initiation: Claiming Power from Our Past

As daughters and sons of Pachamama, our birthright is a marvel, and it is ours for the claiming. We can live upon planet as radiant wonders of loving beauty and do so in peaceful balance with All Our Relations. Our walk in life can be a dance of magic and mystery… 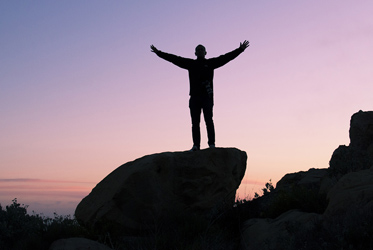 Hollow Bone: The Challenge of Non-Attachment

It has been suggested to me that if I want something powerfully transformational to be gifted into reality, that I need to make my desire known to the unseen world and then get out of the way so the powers may manifest as they will. 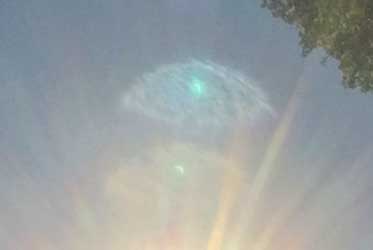 As an aspiring adept, I was moved to write this article out of a desire to be honest about an intense personal struggle that stirs a sense of inadequacy. In the Pachakuti Mesa Tradition of Cross Cultural Shamanism, one’s vista plays a crucial role … 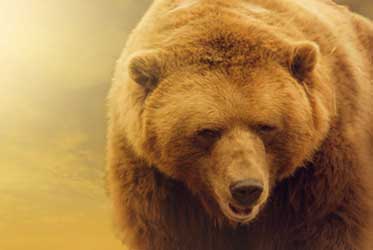 Ayni: Moving from Doing to Being

“Today for me – tomorrow for you.”

I appreciate and benefit significantly from the compassion, humility, honesty, and respect David Jordan brings to his leadership.
K. FischerAtlanta, GA
I participated in David's PMT apprenticeship to create and discover a spiritual healing modality. Through learning from David, I feel connected and inspired by the entire PMT. I am so excited to continue learning from him.
Zoe AderGA
I felt held, seen and supported in the vulnerability this teaching brought forth. This has come into my journey at a time I needed a tool and ritual to help facilitate my connection and service to spirit. I am relieved and grateful for what I’ve learned so far and look forward to creating space and time to sit with my Mesa and feed it. Thank you.
Michele, L.Atlanta, GA
David's service, love, compassion, and humor help opened up places inside of me that need healing. The safety of the container they provide allows one to access deeply Life changing healing. Their love is palpable, my heart is filled with compassion as I leave this weekend.
Jen D.Houma, LA
David is a knowledgeable, engaging, and trustworthy teacher. His leadership has helped me so much. I'm so grateful for all that he puts into these experiences.
Kristie F.Decatur, GA
As a non-traditional spiritual being I have been craving to have a set of rituals that includes a connection to nature, a way to focus my spiritual practice and help me explore the more magical shamanic realms and this modality fulfills that for me. It is both practical and magical. David and co-teacher, Joella, are clearly devoted to this practice and tradition and offer their wisdom and experience in a heart-centered, compassionate and playful way which creates a community of safety and a place for sacred space to unfold and be vulnerable in. Much gratitude for the generosity and all forms offered this weekend.
Michelle L.East Point, GA
Previous
Next