Ritual is a Technology

The power of the ritual is calibrated by our ability to surrender. When we do the steps, even if we have resistance, we’re letting go more. It rewires us. 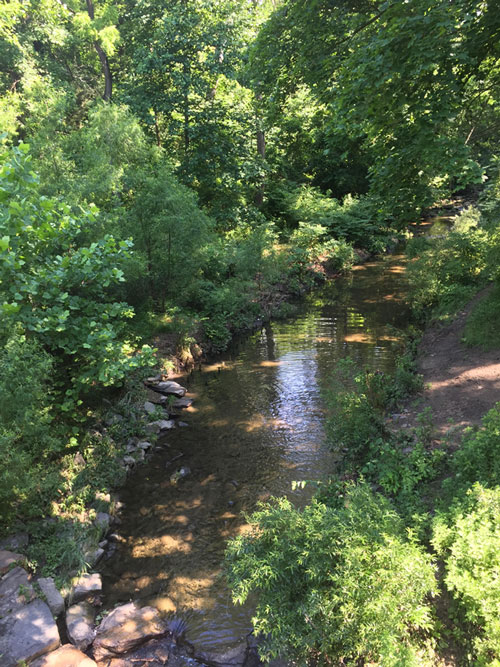 Ritual is a technology?

There are studies that show how being online, watching TV, and using social media literally re-wire our nervous systems. Well, I’d like to seize that knowledge and use it towards my advantage.

One of the best ways I know how to do that is to engage in ritual – the technology of relationship. The mesa tunes us to the morphic field generated by countless people before us chanting the same words, coming to the same natural forces, and reminding us of the pukllay kawsay, the game of life.

Ritual entrains our nervous system towards connection, beauty, and patience.

One of the wonders of technology is that for the most part, it really works. And what doesn’t work, doesn’t stick around. Just look at the acupuncture profession. Despite lack of scientific ‘proof’ that it works, acupuncture has endured for over 5,000 years. Must be something to it…

Over time, I have realized that the power of the ritual is calibrated by my ability to surrender. When I do the steps, even if I have resistance, I’m letting go more. It rewires me.

There’s surrender inherent whenever we follow rules. We are turning over the outcome to the wisdom of the creator.

I’ll tell you a little story about that.

A few months ago on the new moon, I did the Ritual for Transforming our Human Impediments. If you have participated in this ritual, you’ll know you end up with a mixture of ash, water, and baking soda that is to brew for two weeks in your freezer to allow for the ripening and release on the full moon. I had the frozen alchemical contents in my freezer and, as is wont to happen, the full moon came and went. I would have to wait for the next moon cycle to properly honor the process. I was sad to have missed the opportunity to let these things go. I would have to be more patient with myself and trust to the rhythms as they were unfolding.

Six weeks after the initial freezing of my ashes, the full moon returned. I was even busier than before, but determined to complete the ritual nonetheless. I decided I would take my dog on a walk down to the river and deliver the frozen contents at the same time.

I often use my time on walks to catch up on phone calls so I was deep in conversation with a beloved friend when I got to the river. Now, I didn’t have a lot of time so I decided to keep my release very simple. I walked down to the river and wouldn’t you know, my call dropped as soon as I had the offering in my hands.

I didn’t even realize my call had dropped, to be honest. I was sitting on the side of the river and turned over the plastic take out container and let the frozen contents fall out. I just dumped it out into the river, rather unceremoniously. After it was out, I noticed the call had dropped and then I got a WAVE of energy. It was totally unexpected.

I was rocked by a blissful high that I was in no way prepared for.

When my phone rang again, I was in another world. I picked up and said “Wheehoooo! How are you!?” It was like starting my day all over again…

Like yoga, another popular transformative technology, you don’t really have to know about the deep mystical history to receive the benefits. You just have to do the practice.

The Pachakuti Mesa and its associated rituals is one of the best technologies of our times. In fact, much like Kundalini Yoga was designed to prepare us for the Aquarian age, the practice of the Pachakuti Mesa is designed to carry us through this dark night of the soul we find ourselves collectively in. Its practices transform our struggles into nourishment for seven generations.

The mesa and its prescribed rituals can realign me and soothe my soul. What I love most about the rituals are that they work. Like yoga, if you go through the steps, you will experience benefit.

Even if I don’t feel like going to the Mesa and toning the directions, I know that if I do it anyway, it will shift me in the way that I can’t shift myself. When I can let go into it, it always realigns me.

Good thing, too, because it’s awfully easy to fall off center these days.

My deep gratitude to don Oscar Miro-Quesada and all of the mesa carriers near and far, for the support and wisdom to create the world our hearts know is possible.

Amy Mermaid Isakov is an innovative dreamer, passionate about connection, spirituality, music, ritual arts, and how the Divine can manifest in all its forms. Having left the traditional education path, she has studied in-depth with shamans, bodyworkers, evolutionary thought leaders and green builders since 2001. While working at The Shift Network, she hosted and managed all of don Oscar’s courses, while having the privilege to host and learn from many of the world’s leading mystics, dreamers and visionaries. She is a Pachakuti Mesa Sanctioned Teacher, writer, singer and mother — among other things — and looks forward to helping as many people as possible return to the truth of interconnection in this time of dire beauty. She regularly leads gatherings in her region and beyond, subscribing to the truth she recognizes in Thich Nhat Hanh’s teaching “The next buddha will be a sangha.”​ You can reach Amy at TeachHeart@me.com.