Oscar Miro-Quesada Solevo is a respected kamasqa curandero and altomisayoq adept from Peru, founder of The Heart of the Healer (THOTH), originator of Pachakuti Mesa Tradition™ cross-cultural shamanism. An internationally acclaimed shamanic teacher and healer, earth-honoring ceremonialist and author, don Oscar is OAS Fellow in Ethnopsychology and member of the Evolutionary Leaders Circle and Birth 2012 Welcoming Committee. He has been guiding ethno-spiritual pilgrimages to sacred sites of the world since 1986, with special emphasis on Peru and Bolivia.

He is a popular faculty member at The Shift Network and educational centers in the USA and abroad, dedicating his life to the revitalization of aboriginal wisdom traditions as a means of restoring sacred trust between humankind and the natural world. A seasoned navigator of non-ordinary states of consciousness, don Oscar is well prepared to help people from all walks of life access realms of Being through which multidimensional powers and forces are available for healing self, others and our planetary ecosystem as a whole. His ceremonial work and shamanic apprenticeship programs have been featured on Sounds True, CNN, Univision, A&E, Discovery Channel and The History Channel’s Ancient Aliens. 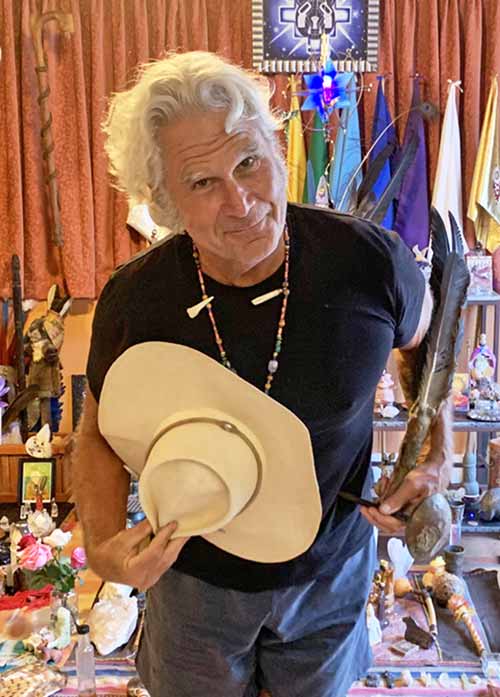 Famed for his ritual mastery in Peruvian kamasqa and altomisayoq shamanic lineages, don Oscar’s apprenticeship in northern coastal huachuma curanderismo and initiation into the southeastern Andean paqokuna shaman/priesthood, formally took place between the years 1969 and 1986.His first immersion into the living soul and mythic reality of Peruvian shamanism was under the uncompromising tutelage of the famed huachumero don Celso Rojas Palomino from Salas, a then small agricultural community near the city of Chiclayo. don Oscar accomplished his apprenticeship in northern coastal curanderismo fulfilling the dual role of auxilio de mesada (“healing altar auxiliary” or “ceremonial assistant”) and rastrero (“clairvoyant diagnostician”/”diviner”), eventually becoming don Celso’s segundo de mando en banco (“second in command for curing sessions”), throughout the winter months (June, July and August in the Southern Hemisphere) of each year until don Celso’s untimely passing in July of 1982.

Less than a month after this mournful event, don Oscar found himself serendipitously involved in a considerably less formal and more sporadic four-year apprenticeship within the southeastern Andean Paqo tradition of shamanism with famed kuraq akulleq don Benito Corihuamán Vargas from the village of Wasao, a farming community one hour south of Cusco. In recognition of his expeditious grasp of traditional Q’eswaruna cosmovision, witnessed through the skilled performance of ancestral propitiatory earth-honoring ceremonies, don Oscar received his musqochiwarqa qallariy transmission as altomisayoq from don Benito in November of 1985, barely seven months before this deeply revered elder also made his passing in June of 1986.

Quite unexpectedly, a few days prior to his destined earthly passing, the renowned maestro don Celso Rojas Palomino from Salas sanctioned don Oscar with a ‘compacto de voz y palabra’ (a traditional orally transmitted bequeath to serve as kamasqa lineage carrier for the people –or an’emisau de la nacion’), requesting that he carry the “prophetic vision of our Ancient Ones” among as many people possible born and living in Western acculturated developed nations of the world. Ironic as it may sound, both don Celso and don Benito often insisted this was the only way of safeguarding the soul-animated inner wisdom (‘gnosis’) known to the earth-centered spiritual traditions and healing arts continuously practiced by indigenous Peruvian people since pre-Columbian times. With deep prescience, both maestros insisted this remained the only viable antidote in preventing further usurpation and destructive misuse of these ancestrally revered wisdom traditions and ritual healing practices if solely left in the hands of their own people. In other words, within the largely unscrupulous hands and self-serving agendas of Peru’s Western acculturated population, which like so many people from developing nations, remain unconsciously vulnerable to the insidious impact of unbridled consumerist globalization. Taking don Celso ‘compacto de voz y palabra’ at heart, following many moons of vision seeking, with great patience and precision reflected in vocational life purpose, don Oscar began to lovingly nurture the worldwide emergence of heartfelt earth-honoring sacred communities, where the Pachakuti Mesa Tradition™ (PMT) of cross-cultural shamanism would organically blossom as a soul-infused vehicle for deep personal healing and beneficent evolutionary global transformation. Thus don Oscar continues fulfilling the noble intentions of both venerable elders who bequeathed him the task of preserving their Heart Island (South America) shamanic ways as a seven generation legacy of healing service to the world. 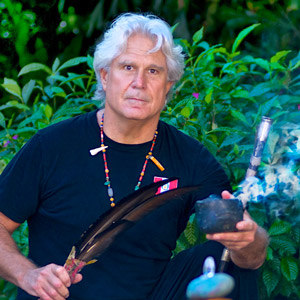 Aside from his extensive personal involvement and scholarly contributions related to the practice of cross-cultural shamanism, don Oscar has served as member of the United Nations Non-Governmental Agency Community through the National Service Conference of the American Ethical Union, sponsor of Inter-Spiritual Dialogue (ISDC), of which he also is a founding Counselor.

As earlier mentioned, don Oscar has attended the United Nations Permanent Forum on Indigenous Issues in the capacity of NGO Observer, with further participation in United Nations events anticipated based on cooperative partnerships between The Heart of the Healer (THOTH), the Inter-Spiritual Dialogue Network, the Spiritual Caucus at the United Nations, the United Nations Committee for Spirituality and Global Concerns and The Source of Synergy Foundation’s Evolutionary Leaders Circle. In addition, don Oscar is one of twelve members–including Jean Houston, Jack Canfield, Neale Donald Walsch, Ervin Laszlo, Lynne Twist, Rinaldo Brutoco, Michael Bernard Beckwith, Ashok K. Gangadean, Dot Maver, Lynne McTaggart and James O’Dea–personally selected by futurist Barbara Marx Hubbard to serve on her Birth 2012 Welcoming Committee in partnership with The Shift Network.

Some of his other “mainstream” accomplishments include an A.S. degree in Life Sciences from Mitchell College, a B.A. in Psychology with a minor in Comparative Religion from Duke University, as well as an M.A. degree in Humanistic/Transpersonal Psychology from the State University of West Georgia. don Oscar is also Fellow in Ethnopsychology with the Organization of American States (OAS), having completed a two-year OAS post-masters research fellowship fulfilled through the Department of Interdisciplinary Studies at Emory University in Atlanta, Georgia. His research in applied ethnopsychology while at Emory, combined with three years of medical anthropology fieldwork among various rural communities in Peru, contributed to the development of a satellite program in public mental health services that conjoined native folk healers within the Peruvian national health care delivery system. He has also held many distinguished professional appointments in academia, clinical psychology and holistic medicine that are far too numerous to mention for the purpose of this webpage.

don Oscar has been facilitating experiential workshops and apprenticeship series of workshops that integrate millennial and contemporary healing practices and Earth-honoring ceremonial traditions with a focus on the creation of heartfelt sacred communities around the world since 1979. He has also been guiding exemplary cross-cultural shamanic apprenticeship expeditions to sacred sites of the world (with special emphasis on Peru and Bolivia) since 1986. His widely acclaimed ethnospiritual pilgrimages to ancestral lands are carefully designed to awaken a reverent awareness of Pachamama (“Earth Mother”) as a vital evolutionary dimension to human experience. Together with his established Pachakuti Mesa Tradition™ apprenticeship series in the U.S.A. and Europe, he often is invited to teach at prestigious leading-edge educational centers such as Naropa University, Shambhala Mountain Center, New York Open Center, Rowe, Interface, Frankfurter-Ring, Omega and Esalen. He has recently also began offering highly successful online shamanic apprenticeship programs sponsored by Glidewing Productions and The Shift Network.

More important than all the credentials, however, is the fact that Oscar is a warm, loving human being who deeply cares about people and our planet and has an infectious belly laugh. He is a master at creating sacred community using the magic of joy, love and compassion as the strands that gently weave us together as a planetary family. His love for each student is exemplified by his keen attention to life-transforming ceremonial detail and group healing dynamics within each sacred hoop he serves. In essence, don Oscar’s life is best described as “transforming the world through sacred living,” as he lovingly carries forth a unique vision for pragmatic global spiritual regeneration born from the co-creation of sustainable earth-honoring sacred communities worldwide.

For a first-hand, personal account of don Oscar’s early life and apprenticeship read Lessons in Courage.

Copyright 2021 © The Heart of the Healer Shamanic Mystery School