Alexander Kugler was born into an Ashkenazi Jewish household where music and debate were celebrated. After 15 years as an opera singer Alexander passed through a ‘dark night of the soul’ and was caught by our teacher, don Oscar Miro-Quesada, who invited him into the Pachakuti Mesa Tradition™. Years later, the Medicine of the Dagara people from Burkina Faso grabbed him and guided him to be initiated into “Stick Medicine” which now guides and supports the healing he offers including his men’s work through Manhood Embodied, an evolutionary, prayer-based men’s coaching program. Alexander loves to share the spiritual technology he has gathered and in addition to his weekly online prayer group called “Walking our Prayers” he teaches nationally with his chosen family of spiritual educators. Alexander resides in El Cerrito, California. He offers remote healing services, please contact him directly.

What I most love about Alex as a teacher is his great passion. He whole-heartedly loves this work, loves his maestro, loves his students. His big heart is open and vulnerable, yet that only serves to heighten his gentle authority and evoke more trust. The weekend was a lot, but I left wanting more. Thank you, Alex 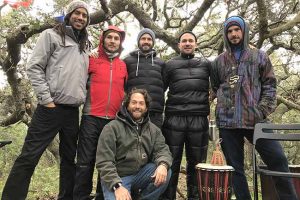 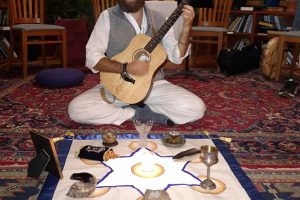 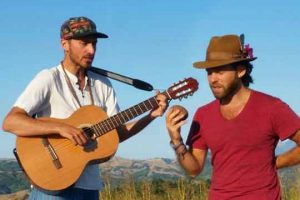 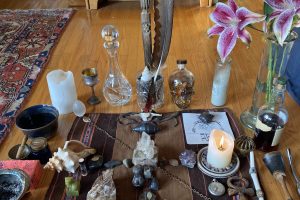 These trainings are done in person. Contact Alexander to set up a PMT course in your area.

No upcoming events could be found that match your search. Please check again soon!
See All Trainings + Events

My experience of the class was that Alex created a safe, supportive environment with clear guidance. He has so much integrity and wisdom. The group was so contained. The setting was ideal for the class. He is passionate about the PMT and can teach so that I feel like I understand the materials. Thank you
Cristina T.El Cerrito, CA
Alexander is a skilled and compassionate teacher. He's passionately invested in all aspects of the teachings.
Mina M.El Cerrito, CA
What I most love about Alex as a teacher is his great passion. He whole-heartedly loves this work, loves his maestro, loves his students. His big heart is open and vulnerable, yet that only serves to heighten his gentle authority and evoke more trust. The weekend was a lot, but I left wanting more. Thank you, Alex
Jamera B.El Cerrito, CA
PMT has provided me for the first time in my life, a comforting, ever-changing, and expansive but anchored container for my spiritual life and real-world existance. It has allowed me to experience the world around me as animate, playful, poetic. It helps me to not judge things/events as good or bad, but to glean more information and thus appreciation for it all. It is an enormous gift to go deeper into this work.
Cornelia M.L.Los Angeles, CA
I am absolutely blown away by the teachings of the Pachakuti Mesa foundational apprenticeship. I feel like I have landed in deep sacred medicines that I have practised for many life times before. These teachings have helped me weave what I already know , plus assisting me in deeper understandings of the magic inside of me. I would recommend this training to anyone who is ready to dive all the way into life and see the medicine in every moment!
Katherine R.Calgary, Alberta
I believe every soul encarnated as a human on this planet is searching for wholeness and remembering of source. In today's world, the chaos of energies divides us from this pure light source of love - love for ourselves, others and all beings, as well as Pachamama herself. This tradition brings us home to our pure selves and that pure loving light within and without. For this I am forever grateful.
Cary C.Delray Beach, FL
Previous
Next