If you would like to schedule don Oscar Miro-Quesada for a live interview, radio and/or TV program please contact cindy@heartofthehealer.org.

The True Power of Shamanic Initiation

Why the World Needs Shamanism Now More Than Ever

Is Shamanism For Me?

The increasing occurrences of transcendental experiences is indicative of the evolution of human consciousness leading to freedom from fear of uncertainty and our deepening relationship with the natural world. (Oct 24, 2020)

The Gnostic Secrets of Shamanism

Don Oscar expounds on the meaning of ancient shamanic ritual and tradition, his early life and our current times. HemiSync is now hosting don Oscar’s on-demand course, The Power of Ritual, a 3-part orientation on the Pachakuti Mesa Tradition™.

Soul Medicine: The Traditional Use of San Pedro Cactus for Strengthening Community Health

In conversation with David Crow, don Oscar describes the origins and contemporary use of San Pedro for personal and communal wellbeing, emphasizing the ceremonial honoring of the medicine spirit within this plant ally. (August 24, 2020)
View Now

Our Perfect Pachakuti: Plagues, People and Planetary Evolution
In this presentation from The 2020 Shift Network Shamanism Summit, don Oscar explains what ‘Pachakuti’ means, and the importance of heartfelt community rituals – even if virtual – that connect us to each other and Nature, and strengthen our ability to choose a life path that benefits All.
View Now

don Oscar Miro-Quesada on The History Channel’s “Ancient Aliens”
Don Oscar talks about his early apprenticeship, our relationship to the Star Nation, and features a despacho ceremony. Skip to 10:10 to view only don Oscar’s portion of the episode. (Aired 2/28/14)
View Now

Shamanic Gnosis: Remembering our Ancestral Wholeness as a Path of Healing for Humanity
From the 2020 Ancestral Healing Summit, don Oscar sets up a virtual sacred space and guides us on a meditative ritual to engage with the ancient essence of our humanity.
View Now

Wholeness & Health as Meaning: The Shamanic Soul of Mind-Body Medicine
Stories of initiation, calling, and the power of spirit to affect the mind and body are told in this audio dialogue between world class healers Joan Borysenko and don Oscar Miro-Quesada.
Listen Now

Travels Behind the Veil
July 2018
Don Oscar offers teachings on three types of visionary journeywork employed in traditional Wachuma Curanderismo in an interview from the Shamanism Global Summit.
Listen Now

Insights at the Edge
September 29, 2015
In this interview with Tami Simon of Sounds True and don Oscar, they will discuss more about “Healing Light” and its impact on your life path.
Listen Now

Sube la Vibra
July 2018
don Oscar shares his thoughts on the nature of the soul on Sube la Vibra during this interview presented in Spanish.
Watch Now

Beyond Awakening
October 2016
Listen as Terry Patten and don Oscar Miro-Quesada explore the Inka concept of Ayni or “sacred reciprocity,” and how it can help us to penetrate the veil of denial of our human ecological predicament.
Listen Now

ENVISION THIS!
Loving the World and Humanity back to Health
Recorded July 17 2014
Listen Now

Interview with don Oscar on The Moore Show
2014
Listen Now 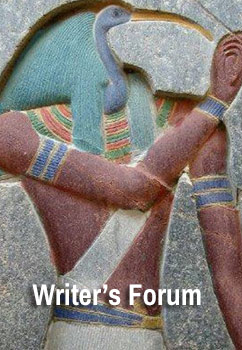 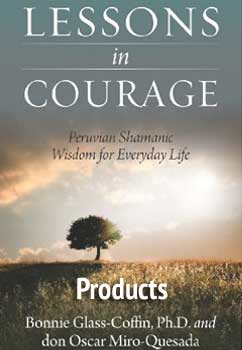